Real Quick: Here is why you should eat seafood regularly when you are pregnant or trying to be:

Fish is good for you; sometimes called “brain food” for adults and the unborn alike. Unfortunately, many pregnant women avoid fish altogether while pregnant—sometimes upon the advice of their doctors. That’s because there’s so much confusion about which seafood is good for health (and even more about what’s good for the environment.) Some waters are polluted with mercury and PCBs, while some fish populations are near extinction due to overfishing. To add to the confusion, many large fish are higher in toxins like mercury, while some don’t store any mercury, and some of the smallest seafood species—clams, oysters and other filter feeders—can store heavy metals.

Dr. Charles Santerre, a food toxicologist and seafood expert at Purdue University says, “I advise pregnant women to get their DHA from fish if possible because it’s nutrient-rich with trace elements and antioxidants that are good for health and pregnancy.” He’s created a website, www.fish4health.net and a Fish for Your Health iphone app and wallet card developed specifically for pregnant women and those of childbearing age. The guide details which fish to eat to get the most omega-3s and the least mercury and PCBs. On the website you can also find links to the EPA for local fish advisories. Free apps are available which contain fish information, a food log for you to determine your omega-3 intake, and recipes. Why look at local fish advisories? If you’re into “local” food, you need to pay attention to those because many local streams, rivers and lakes are too polluted for expectant moms or children to eat from.

Another great tool is the Monterey Bay Aquarium’s “Super Green List”—a list of fish that is good for you and is also classified as a Seafood Watch Best Choice. It can help you choose fish containing low levels of contaminants and at least 250 mg of omega-3’s per 8 oz. (250 g). www.montereybayaquarium.org/cr/cr_seafoodwatch/sfw_health.aspx. Calculate mercury in seafood you eat at www.nrdc.org/health/effects/mercury/calculator/calc.asp

Now let’s go back to why seafood is good for you!

According to the 2015 US Dietary Guidelines:

“Pregnant women should eat “at least 8 oz and up to 12 oz of lower mercury seafood each week. Seafood varieties commonly consumed in the United States that are higher in EPA and DHA and  lower in methyl mercury include salmon, anchovies, herring, shad, sardines, Pacific oysters, trout, and Atlantic and Pacific mackerel (not king mackerel, which is high in methyl mercury).

In my practice I’ve found that many folks need guidance on how to choose and prepare seafood. Growing up close to the Gulf coast, our family often ate fresh shrimp but not much of other fish, so I’ve definitely had to boost my repertoire of seafood culinary skills!

Here are three easy recipes to get you started. Click here for a Recipe Roundup of Salmon and Other Omega-3 Fish Recipes 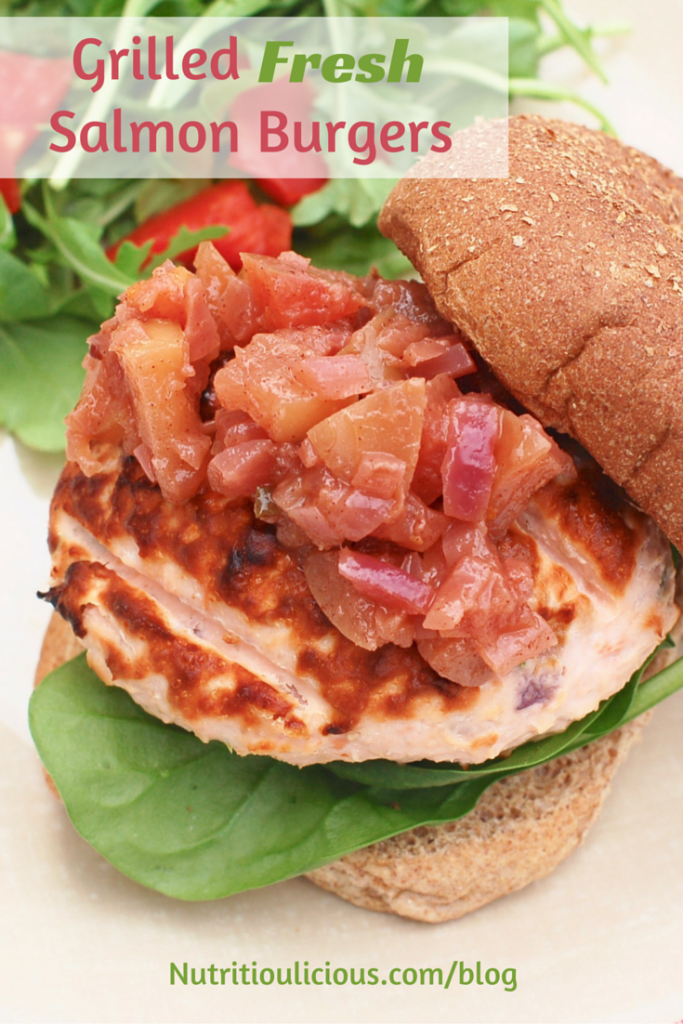 In the mood for a fish burger? Try this recipe from Jessica Levinson RD at  nutritioulicious.com! 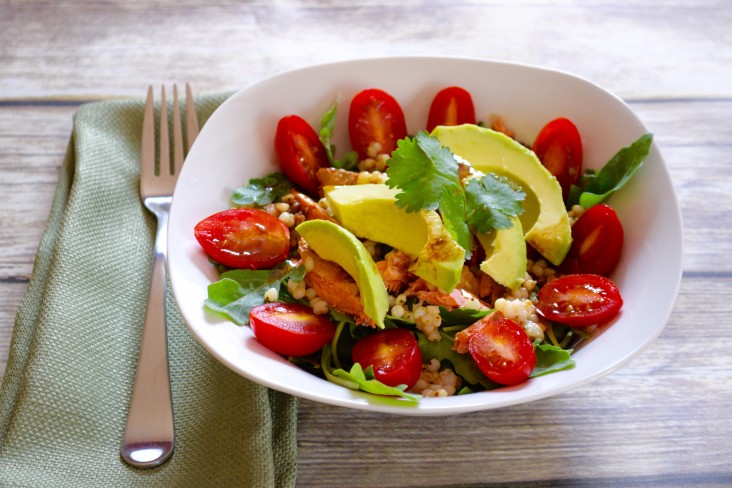 This recipe, from Tracee Ablon Brenner RD at www.triadtowellness.com, has sorghum, a SO healthy grain!

Love chicken fingers? Try these Asian inspired Salmon Sticks from the Meal Makeover Moms that are also kid-friendly (for the kids in your family & those that act like them!)

Intake of Omega-3s During Pregnancy and Memory at School Age